Way "back in the day' when I was doing personal appearances for the radio stations I worked for. (As a guy) I inadvertently stumbled into comedic situations. Normally it was a situation I didn't want to find myself in.

However, there are more than a few transgender comics these days doing their best to entertain the public. One of which is "Alice Rose". (below)

Here is a portion of her story:

" I  fell into standup comedy quite by accident in the summer of 2017, when the cafe I worked at began hosting a monthly comedy show. Inspired by this, I decided to write some material of my own for an upcoming open mic. Having only recently transitioned, I was still insecure about my appearance, and particularly my voice, so you can imagine how vulnerable I felt standing in front of strangers and speaking into a microphone for the first time. My insecurities came out in my material as well — nearly all of my jokes were self-deprecating, transphobic attacks on myself.

Imagine walking into a crowded sports bar, turning off the hockey game, and yelling, "I'm a woman with a penis. Does anyone have a problem with that?" Trust me, that is not a social experiment you want to conduct unless you're dressed like a goalie. However, that was essentially what I was doing, sometimes three or four nights a week. And I was getting away with it because I had a secret weapon. I had the power to make people laugh, and while their guard was down I could tell them anything I wanted.

There is much more to her story and you can read it here. 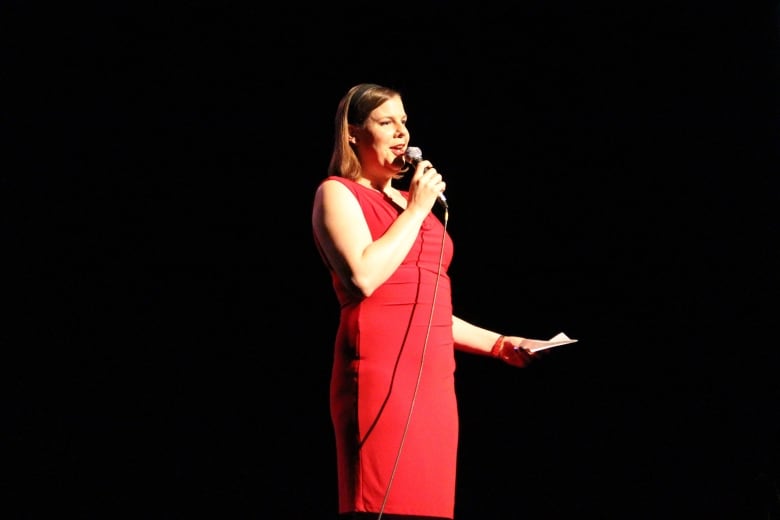 Email ThisBlogThis!Share to TwitterShare to FacebookShare to Pinterest
Labels: entertainment