Sounds like a sick fairy tale doesn't it?
Actually it's a new documentary produced by Trace Lysette  (below)
The four-part series, created by New York City-based TransWave Films and directed by trans filmmaker Tony Zosherafatain and produced by Jamie DiNicola, follows four people as they engage in the fight for transgender equality in the United States during the Trump presidency.
For more, go here. 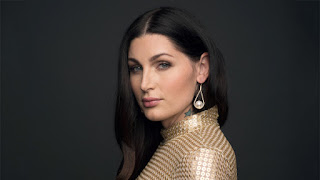