Recently, the cross dresser transgender group I am part of  asked a question concerning who were our non binary role models growing up. Perhaps not so surprisingly that "crazy wabbit"  Bugs Bunny showed up on the lists. Growing up, the only major performer (other than Bugs) I can remember cross dressing many times was Milton Berle. Who I have added a picture with Bob Hope. Of course, Berle always played his drag for laughs.
Moving ahead, times changed dramatically as the so called 'reality" talk shows became so popular on daytime television. Every so often transvestites and/or cross dressers would turn up trying to explain the world from their viewpoint. Depending on the show of course, many times the participants ended up being cast in an unkind light.
From there, the shows completely deteriorated into the Jerry Springer show and it's abuse of the transgender community.
All in all, I am sure you all can add in your own transgender influences, good or bad.
The problem is, there were way too few to chose from. 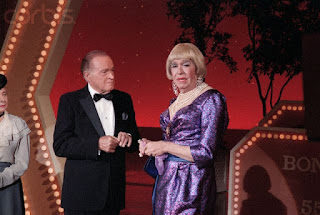 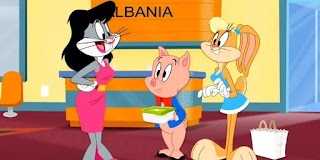