Transgender in the Comics

I found an interview with Nicole Maines you may be interested in. You may recall, Nicole is the transgender actress who portrays a character on television's Supergirl. 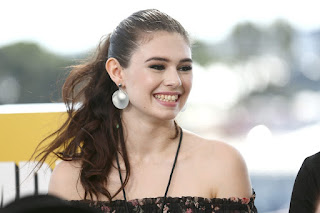 On March 15, 2020, an episode of Supergirl titled “Reality Bytes” aired on The CW, focused on the harrowing topic of violence against trans women. Actress Nicole Maines, a trans woman who portrays Nia Nal (aka Dreamer) on the series, led the way in the episode with an emotional and raw performance and with contributions in the writer’s room. On March 31st’s Trans Day of Visibility,

The interview comes from Beat Magazine:

First Nicole was asked what the Transgender Day of Visibility meant to her:

"Well it kinda feels like a double-edged sword for me. I feel like, on the one hand, it’s a victory lap for all of us because we’ve made so much progress. You know, we have reached all these milestones but then at the same time you know we have to take a moment and recognize, why our visibility is so radical and you have to remember everyone else who we’ve lost along the way and you have to keep in mind all the new legislation that’s being introduced amidst all this so there’s a lot of emotions, but I think it should first and foremost, be a happy day for us to celebrate that we can even be visible."

There is so much more to this interview. Here is your link to read it.