You may be interested in checking out this moving transgender story from the Associated Press in Cairo, Egypt. Here is an excerpt:


"Malak el-Kashif left home on her birthday seven years ago. Walking into an uncertain future, she was underdressed for the weather and armed with little— except for some makeup, a few women’s accessories and 50 Egyptian pounds (at the time about six American dollars).
“I was afraid but I didn’t hesitate,” she said. “There weren’t any other solutions.”
That night, el-Kashif identified as a 13-year-old boy. She has since emerged as perhaps Egypt’s most outspoken transgender woman activist. 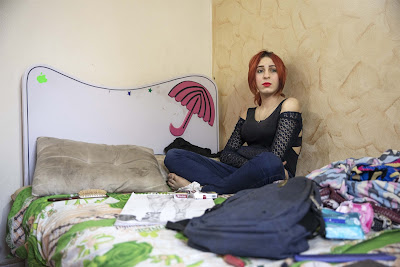 It’s a label that in a largely conservative and patriarchal society has meant battling a war on multiple fronts.
“When you declare you are different, you should get ready for war. A big war,” she said. “The society will stomp on you and treat you like you are the enemy.”
She has been ostracized by her family and scorned by some who accuse her of tampering with God’s creation. She has been attacked by others scandalized by her activism for LGBTQ rights. Legally, she still holds a male’s identity card."
There is much more to her transgender struggle and you can read about it here.