If you haven't seen the television show Dispatches from Elsewhere starring (among others) transgender actress Eve Lindley, now is a great time to see it or even binge watch it if you can.
Without giving away any major secrets or spoiler alerts, the show deftly gives plenty of screen time to Lindley and dances around the fact she is transgender without ever coming out and saying it...so far. I can also tell you the show is very different. But, as far as the trans angle goes it doesn't shy away from issues we face such as violence and acceptance.
To find the show, search your provider for the AMC Television Network, it is shown on Monday nights at 10 PM (Eastern Standard Time)
where I live here in Ohio.  Also, you can check out a picture of Eve Lindley below. 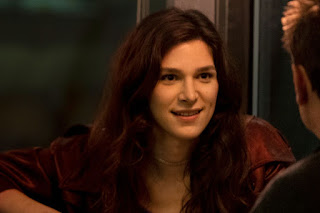