A Trans Milestone in Argentina

BUENOS AIRES, Argentina (AP) — Diana Zurco did not attend her high school graduation because she refused to receive a diploma with her birth name. At 17 and considered a boy by school officials, she grew her hair long and adopted the name Diana after the alien character on the show “V” about an extraterrestrial invasion. 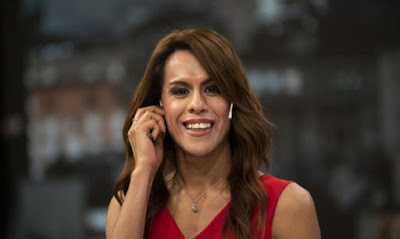 Now 40, she recalled her youthful rebellion while sitting in a comfortable chair in the studio of Argentina’s public television station ahead of her debut as the country’s first transgender newscaster, a milestone for an excluded community that is often the target of violence and has a life expectancy roughly half that of the rest of the population."
Of course there is much more to her story and you can see it here.
Email Post
Labels: Argentina associated press Diana Zurco LGBTQ lifestyle news broadcaster transgender