“Because if I wasn't transgender, I would probably still be a comedian,” she says. “My transgender [identity] is my afterthought because when you introduce me as a ‘transgender comedian’, or a ‘drag queen comedian,’ most people don't hear the ‘comedian’ part. All they hear is ‘transgender’ or ‘drag queen.’ 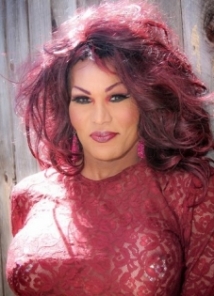 The result is then continued difficulty for her to be treated like any one of her other funny counterparts. But just one look at her standup set and you know she can hang with the big dogs.
Monroe is one of six comedians featured in Tiffany Haddish Presents: They Ready, a collection of half-hour comedy specials executive produced by the Girl’s Trip breakout (and legend Wanda Sykes) now streaming on Netflix. She’s joined by Chaunté Wayans, April Macie, Tracey Ashley, Aida Rodriguez, and Marlo Williams.
For more on the story, follow this link to "Out".
at September 13, 2019