The Knife Behind the Back

A friend of mine from one of my cross dresser - transgender support groups recently got fired unexpectedly from her job. She started HRT approximately six months ago and did talk about the point of "no return" on her job, when she would have to come out as her true self. She was reasonably positive nothing would happen following a few preliminary discussions with fellow employees. I have not seen her yet, to hear her side of the story.

Speaking of losing one's livelihood because she came out as trans, check out this post from Buzz Feed News: 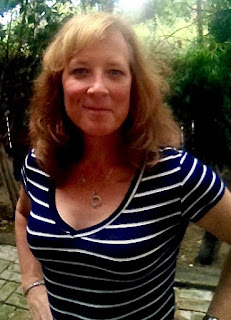 "When showrunner Scottie Madden first came out as a trans woman to an executive at Discovery Inc.’s Animal Planet in January 2015, she felt relieved. “If my top-level client is OK with this, then I'm going to be OK,” she’d told herself. Before transitioning, she had worked with the network to develop Dude, You’re Screwed, an adventure reality series that ended up airing on the company’s flagship network, Discovery Channel. As Madden recalls it, the executive had been “so blown away and happy and accepting.” From there, the showrunner proceeded to come out to all her colleagues in reality television. Their acceptance, Madden said, bordered “on the verge of surreal.”
But Madden’s optimism was misplaced. Now, more than three years after coming out, Madden says that neither Discovery, nor any other network or production company, has hired her to run another show.
“I never know if [an executive’s] not calling me back because I’m transgender, because she doesn’t have anything for me, or because she no longer works there — you never know,” Madden told BuzzFeed News, describing the often ambiguous nature of show business. “When you work for hire, you serve at the mercy of somebody's whim. The phrase you always hear is, ‘It just didn’t work out.’ And that covers all manners of things.” As showrunners, Madden explained, “Our clients are both the network and the production company.” As the linchpin between the two, they pitch ideas, help TV executives develop shows, and officially get the job when and if the show gets bought.
Onscreen transgender representation in Hollywood is severely lacking; the GLAAD Media Institute found that across broadcast, cable, and streaming television series that aired during the 2017–2018 season, only 17 regular and recurring characters were trans. The statistics aren’t any better for trans people behind the camera, with a few exceptions like Shadi Petosky, who created Amazon’s Danger & Eggs animated series after working for eight years as an animation supervisor on Nick Jr.’s Yo Gabba Gabba! Like most showrunners, Madden had worked steadily in television before running a show. But since she came out as transgender, Madden says the job offers have dried up. "

For more, go here. and always remember, keep your friends close and your enemies closer.
at May 31, 2018