It's All in the Smile!

It turns out, science has now mapped out the specifics of how each gender smiles:


"The dynamics of how men and women smile differs measurably, according to new research, enabling artificial intelligence (AI) to automatically assign gender purely based on a smile.
Although automatic gender recognition is already available, existing methods use static images and compare fixed facial features. The new research, by the University of Bradford, is the first to use the dynamic movement of the smile to automatically distinguish between men and women.
Led by Professor Hassan Ugail, the team mapped 49 landmarks on the face, mainly around the eyes, mouth and down the nose. They used these to assess how the face changes as we smile caused by the underlying muscle movements -- including both changes in distances between the different points and the 'flow' of the smile: how much, how far and how fast the different points on the face moved as the smile was formed.
They then tested whether there were noticeable differences between men and women -- and found that there were, with women's smiles being more expansive. 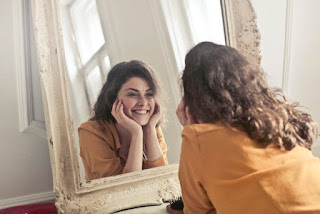 The article goes on to say:
Lead researcher, Professor Hassan Ugail from the University of Bradford said: "Anecdotally, women are thought to be more expressive in how they smile, and our research has borne this out. Women definitely have broader smiles, expanding their mouth and lip area far more than men."
The team created an algorithm using their analysis and tested it against video footage of 109 people as they smiled. The computer was able to correctly determine gender in 86% of cases and the team believe the accuracy could easily be improved."
A smile maybe more than your best accessory...it may be your most important one, as a transgender woman.
Read more here from Science Daily.