Alone on an Island

On the rare occasions anymore when I get the question on how it is to be transgender, I reply, it used to be like being alone on an island. 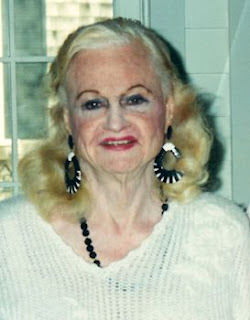 Back in the day, in the pre internet dark ages, it was really the case. I know I felt so alone. I just had to be the only boy ever who wanted to cross dress and be a girl. Slowly but surely though, I found out other boys wanted to be Shirley too. When I discovered Virginia Prince (right) and the term transvestite.

One of the first "facts" I discovered was most transvestites were not gay. Much to my relief at the time. Little did I know, I was just not having sexuality issues, just gender ones.

At any rate, as soon as I could... when I got out of the Army, I paid for a subscription to "Transvestia Magazine." From the magazine I learned of an actual chapter within driving distance of me in Cleveland, Ohio. From there, I set out to actually meet other inhabitants of my island which I discovered wasn't so uninhabited after all. Plus I learned not all were so called heterosexuals either.

From the group in the days before transgender was even a popular term, I discovered there was a real cross section of inhabitants on my island. I met everyone from cross dressing bitches to guys in dresses smoking cigars. But most intriguing to me were the very few participants who just seemed so feminine and natural. It seemed, they had found their true calling in life as women. I often wondered at the time if I could (or would) ever be able to explore such a path.

The more I did explore, the more I found my little island wasn't so little anymore, and was full of very interesting critters.

Along the way, the search led me to more than a few twists and turns. Plus life turned out to be exceedingly difficult at times, but never boring. I came to like my island!