From Germany, the editor of Playboy magazine says it will feature a transgender model on its cover for the first time. 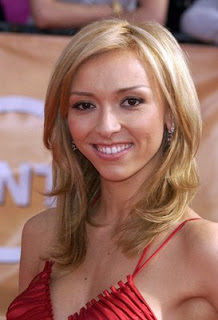 Editor-in-chief Florian Boitin said Tuesday that putting Giuliana Farfalla  (left) on the cover - topless, as is customary for such magazines in Germany - was in line with Playboy founder Hugh Hefner's tradition of being "resolutely opposed to all forms of exclusion and intolerance."
Boitin says the 21-year-old Farfalla is a "wonderful example of how important the fight for the right to self-determination is."

And, staying in Europe, Trans  broadcaster India Willoughby has been slammed by Celebrity Big Brother viewers for comparing drag to blackface.

She attacked the art of drag after housemate Shane Jenek, who is better known for performing as Courtney Act, helped a fellow contestant, Apprentice star Andrew Brady, to transform into a drag queen. ﻿
at January 10, 2018