Behind Every Actor Playing a Trans Role...

Is an even better transgender woman training him. Or at least with Jared Leto, in the Dallas Buyer's Club.
From Fusion: 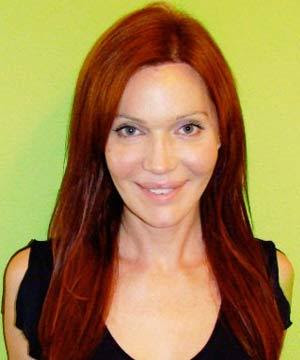 Oscars season is coming up, which means we’re about to shower actors with awards and praise for their work. But the people who help them portray such stirring roles are rarely recognized. Calpernia Addams (left) is one of those people. “I recorded all of his lines from the script and he listened to that audio for months during his preparation,” explained Addams.

Actor Jared Leto used her audio to prepare for the role of Rayon, a transgender woman living with HIV in the 1980s in the film “Dallas Buyers Club.” Leto’s performance helped he and the film earn six Oscar nods. This isn’t the first time Addams has helped A-list actors portray transgender characters. After 4 years as a field medic in the Navy, Addams came out as a transgender woman. Since then, she’s been an activist for transgender rights and was even portrayed in the movie “Soldier’s Girl,” a film about her relationship with Navy Private First Class Barry Winchell and his brutal murder.

Addams’ first Hollywood experience was training actor Lee Pace to play her in the film. She’s since consulted for Felicity Huffman and, most recently, Leto. Addams draws from her own experience as a transgender woman. Her coaching goes beyond portrayal: Addams wants her clients to have a deep emotional and psychological understanding of what it’s like to be a trans person in the U.S.