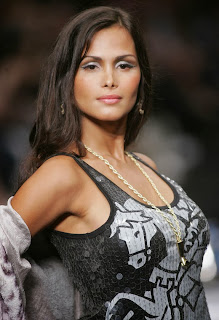 "Patricia Araujo was born into a middle-class family in Governador Island (Rio de Janeiro), Brazil, and named Felipe. At 12, Araujo kissed a classmate, Andre, inside the public school where she studied. This event generated rumours that came to the school board's attention, and Patricia was persecuted by the supervisor. Thinking that the employee's intention was only to help her, Araujo confessed she was gay. As a result she was expelled from school in 1997 whilst still in seventh grade. After the incident, Patricia confessed to her parents, Severino Araujo and stay-at-home Terezinha Araujo, both evangelicals, that she saw herself as a woman, not a man and was attracted to boys.

Her older brother, whose name she does not disclose, wanted her to be expelled from the house because of it, but her parents supported her. Patricia began to dress as a woman, and guided by a transvestite who lived near her home, began taking birth control pills to become more feminised.
Email Post
Labels: cyrsti's condo gay Patricia Araujo transvestite Wikipedia