Hero Worship in the Heartland 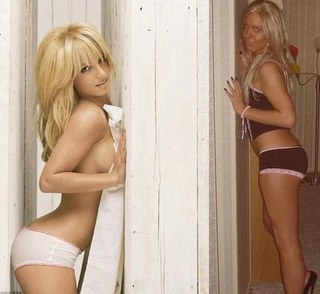 As with any other young girl. Kara (pictured on the right above) had her idols.
She focused on Britney and Christina Aguilera for her inspiration. 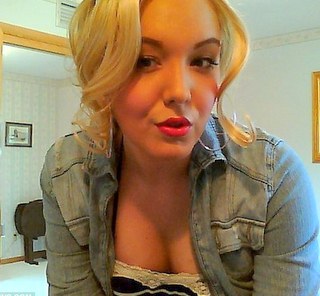 The 26-year-old says her new appearance, which has turned her into a lookalike of the pop singer who shot to fame with her debut album '...Baby One More Time' in 1999, has finally brought her happiness following years of anguish.
After shocking classmates by turning up at a Halloween dance, aged just 12, dressed in a red vinyl body suit in homage to Britney's costume in her 'Oops I did it again' video - he caused uproar in the town in Ohio, US, where he grew up.( In all fairness to my home state, I can see the possibility of a costume such as that being an attention getter in a lot of places!)
But at the age of 15, his parents allowed him to see a doctor and he was diagnosed with gender dysphoria in 1999 and began taking female hormones.
Over the next few years, he sprouted breasts, began to freely dress as a woman and changed her name to Kara. Eventually opting for SRS.


More importantly, what is Chris Crocker going to think? Chris used to be Britney's biggest fan! 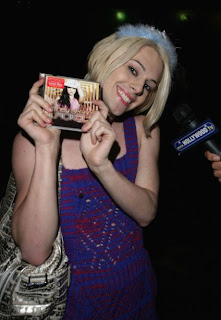