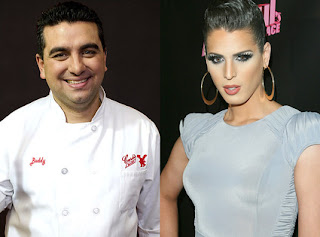 TLC has pulled Monday's episode of Cake Boss after RuPaul's Drag Race star Carmen Carrera, a transgender woman, expressed that she was very unhappy with how she was portrayed on the reality show.
According to the L.A. Times, Carrera felt that producers brought her on the show under false pretenses, making her believe that she would be a role model for the transgender community, but instead fell victim to Valastro's "homophobic prank."