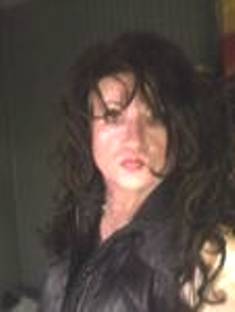 No matter how you live it, a human life will undoubtedly turn out to be a complex affair. Family and friends come along to complicate our best laid plans. Just when you think you have it all figured out, something comes along to change everything. If we ever figure a portion of life unfortunately we die.

All of this begs the question, if life is so complex, why would we make it worse by attempting to change our gender. Plus I have always felt cis women live a much more complex life than men, so there is more to process and comprehend. For all who say being transgender is a choice, this is yet another reason to believe they are wrong. Who would choose this life if they had a choice? Most certainly my moments of transgender euphoria don't in any way come close to being equal to the torment I experienced from my gender dysphoria. In other words, all the miserable days I went through wondering if I was the only human on earth who wanted to be the other binary gender. It also doesn't cover all the tears I shed when I was laughed at in public.

I discovered also how much more complex and difficult what I attempting was. So much more than I had anticipated when I was in the initial stages of admiring myself as a girl in the mirror. As I began to step out in the world more and more my feminine side was challenged to keep up. I couldn't just get by on my perceived wonderful feminine appearance. Looking back now on the entire experience, I think most of the people I encountered just didn't care, were intrigued or just didn't know. Just didn't know was my favorite reaction but again, I was very biased. I wanted so badly to "pass" as a woman I still didn't realize how complex the entire process could be.

Quickly the whole process of communicating in the world became a priority. I recently wrote how I would use my "parrot" method of mimicking another woman I was talking to but what happened when I was trying to talk to a man. My best laid plans of succeeding at communication would come to a screeching halt. I found women did communicate on a different scale than men and it was on purpose. Meaning over time women communicate less on verbal cues than non verbal visual ones.

All of a sudden life began to be so much more complex than just deciding on which lipstick or wig to wear. People were beginning to see the same feminine me on a regular basis so I needed a name to go with my new self. Plus there was the huge issue of my sexuality. I had never been close to being with a man during my male life so it all was such a foreign concept. I felt at the time just dating a man would validate me being a woman but sex was such another topic. As I began to be validated by other cis-women, the whole issue of sex with a man was a mute point.  Sometimes life takes us in unsuspecting directions as mine did.

Complex? yes. Difficult at times. most certainly. But my choice? I'd have it no other way.