And the Winner is Transgender 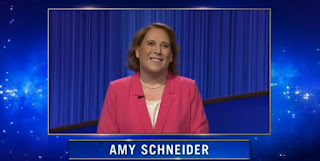 .After her victory on Friday’s show, she told Newsweek that she had been trying to get on the show for over a decade.

“I’m not sure quite how long [ago I first applied], but I remember trying out when I still lived in Ohio, and I’ve lived in Oakland since 2009, so it has to have been at least that amount of time,” she said.

Schneider also explained how her transition in 2017 might have helped her finally get a spot on the show.

“The reality is that for the first few years of that, when I was trying out, I was, as far as any of us knew, a standard white guy,” she told the magazine. “And there’s just more competition for those slots on Jeopardy! They’re making a TV show, they don’t want everybody to look the same, and I looked a lot like many of the other contestants, and I think that definitely made it a little tougher for me at that time. I would have got on eventually — I was never gonna stop trying!”