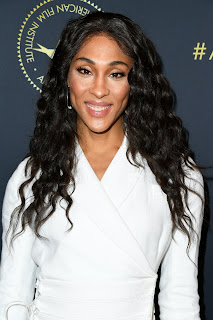 Perhaps, by now you have heard the good news "Mj. Rodriquez" (left) transgender lead in the Pose television series was nominated for an Emmy. This of course is a first for a transgender actor or actress.

However, the trans entertainment news is not all good.

This is from EW.com:

"The LGBTQ media organization acknowledges the past year resulted in a unique situation for theatrical movies, but it still went ahead with its 2020 Studio Responsibility Index, their report card for sorts on how well Hollywood's major studios brought LGBTQ representation to the screen. GLAAD found that, out of the 44 films released by those entities, none of them included trans or non-binary characters.

In fact, this is the fourth year in a row where this has happened. By GLAAD's own estimates, that's zero trans characters out of almost 400 films since January 2017. The last time a transgender character was included in a major studio film — Disney, Warner Bros., Universal, Paramount, etc. — it was an "offensive caricature," as GLAAD dubbed it: Benedict Cumberbatch's All in 2016's Zoolander 2."

Thanks Bobbie for sending this along!