Not long ago, I wrote a post on passing privileges. Ironically, recently I have seen another post or two regarding toxic feminism. As I did, I began to look back into my past for examples and I came up with several.

One of which was a pre teen birthday party I went to for my Grand-Daughter and a few of her friends years ago before I came out as transgender.  One of the invitee's was obviously a little social butterfly who was off in her own little world. She seemed to be certain she was the best looking party girl at such a young age. I wondered then why she was even invited.

Then of course were the groups of women I worked with and tried to manage. I learned early how passive aggression worked and how women formed groups of like minded people to get their way. As a manager, once I gained their trust, they tended to be very loyal. I was very successful at passing as a man.

Now it's time to add in a Connie comment concerning the original post which dealt with blending in being a desired goal of "passing": 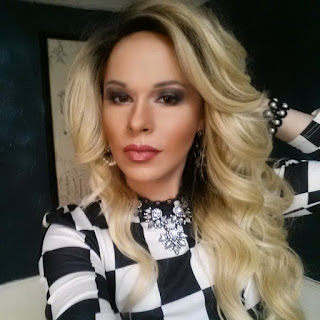 More Connie: "I suppose that I have some "passing privilege" - at least, I have been told this many times. My dysphoria keeps me from recognizing this allegation, however. Beyond the primary, my secondary (male) sex characteristics add up to be a real challenge for me. Sure, there are cis women who are taller, or with broader shoulders, or with large hands, or with big heads and necks, etc. - but very few of them possess all of them together. Nevertheless, these are things that I do possess, and that I can never change. I have managed to change my attitude, though, and that has gone more toward achieving any passing privilege I have than has anything else."
Perhaps my emphasis on blending in has to do with my intense interaction with other women over the years. Even though I had to act as if I were a man, I interacted as if I was a woman. My gender dysphoria has told me over the years I couldn't be the best looking woman in the room and just being perceived as a woman in the room was good enough.
Anything else will have to wait until my next life.
at January 28, 2021