Once the Genie is Out of the Bottle

I used to equate the adventures I went through as I began my feminine lifestyle as sliding down a very slippery slope towards a very steep cliff. Later on, I began to think of it as letting the Genie out of the bottle. 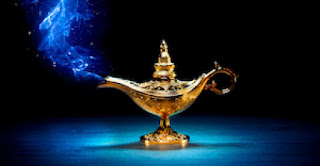 A few experiences were very positive and reassuring such as being turned away at the door at a transvestite "mixer" because I was a real woman all the way to being laughed at and scorned in a couple different venues I frequented.  Through it all I had a tendency to resolve I was doing the best I could to cross a very difficult gender frontier. As a guy, I did my very best to cover up any feminine tendencies I had. Needless to say, once the Genie was released, the gender dysphoria was unbearable. 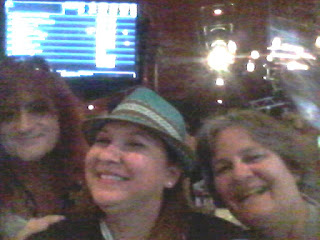 The picture above is with two of my friends who made my journey smoother. They embraced who I was and never interacted with the old male me. You might say they saw the Genie appear and approved.

Even with their help, life was still difficult. I was still recoiling from the loss of my wife and other close friends. My business was gone too and the only reality I thought I could cling to was the fact I wanted to transform myself to a transgender woman.

Very quickly I found I could and didn't want to go back.

All of this occurred before I even met Liz which would have been approximately ten years ago. She too, fully embraced me as a woman and I started HRT. (Hormone Replacement Therapy) By this time, the genie was fully out of the bottle and there would be no turning back.