From Temple University, comes the true experience of a young adult's experience coming out as their authentic self, transgender. It is called "Halloween 1987".  This comes to us from "The Temple News."

“Halloween 1987” tells the story of Cory, a teenage boy whose girlfriend wants them to wear a couple’s costume to a Halloween party. She comes up with the idea that she dresses as Cory, and Cory dresses as her. Cory, although hesitant, agrees, and the night changes Cory’s life.

The premise is based on the real-life experience of Jenny Jae Cory, a transgender woman from Towanda, a small, rural town in Appalachian Pennsylvania. Bursic met Jenny Jae Cory while working as the lead media coordinator for the Pennsylvania Youth Congress, the state’s sole LGBTQ youth advocacy organization, according to its website. 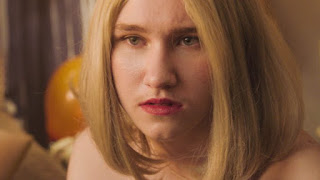 Bursic, a 2020 film and media arts alumnus, was in Towanda to film the LGBTQ pride parade Jenny Jae Cory had organized. As they talked, Jenny Jae Cory shared her draft of her autobiography, which included the story about her epiphany during that fateful Halloween night.

Jenny Jae Cory remembered that, at that time, it was hard for her to figure out that she was transgender because of a lack of information. Back in the 1980s, her main resources for information were her grandmother’s encyclopedia, her local library, and her peers.

“The only information you got was from your friends, and it was that you’re weird and you’re a freak,” Jenny Jae Cory said.

Although the film’s initial screening could not be done in person, Kenagh Babcock, the film’s producer and a senior film major, is working with the rest of the Halloween 1987 team to raise funds so the film can be shown at festivals in 2021.

“I think the world needs films like this so people feel seen, or can be educated about the experience,” Babcock said."