Can It Get any Weirder?

Just when I thought I had heard it all about politics, one of my least all time favorites Caitlyn Jenner has resurfaced and wants to be Kanye West's vice presidential candidate. This comes from LGBTQ Nation.com:

"If you thought Kanye West’s quixotic attempt to be elected president couldn’t get any weirder, Caitlyn Jenner would like you to hold her beer. 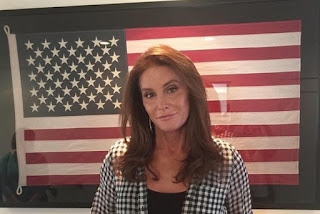 In a quick conversation with a TMZ reporter, the transgender Olympian and reality TV star said she has texted Kanye to ask if she could be his running mate.

Jenner was supportive of Donald Trump’s 2016 presidential campaign, even going as far as sporting a Trump MAGA hat after he was elected. She has has since soured on Trump – calling him “the worst” for transgender people – but hasn’t stopped being a Republican.

“Are you gonna vote for Kanye now that he’s running,” the reporter asked Jenner as she strolled out of an LA Starbucks.

“Well, I texted him and asked if I could be his VP,” she replied.

Maybe the hormones have gotten to Jenner!