It turns out I have been writing Cyrsti's Condo for a decade now. On certain days, it seems like yesterday when Connie encouraged to start writing a blog on others it seems as if it was a century ago. At any rate, after I figured out what a blog really was I am nearing six thousand posts today.
After extensive searching, I found a post from 2010:

You make a better looking woman!

You've probably heard the comment.
Unless you are like the recent "Tyra Show"guests. I'm referring to the 7 and 8 year old transgender kids who are living in their preferred gender. You've likely agonized over the duality within you. .When I played defensive end, I wanted to be the cheerleader...you know the story.
My experimentation with the opposite gender didn't really start until I was about 12. The magic elixir of seeing a girl in the mirror was powerful.  I've often wondered if some chemical endorphin in my brain is the catalyst for the creature I am today.
And what about the comments that I made a" better looking woman than man"?  (Halloween party gossip) Comments such as those used to destroy me! How could I even consider stopping this shameful "hobby"? Where was my "get out of jail free" card to end this madness?
Obviously, I didn't stop. In my mind there is nothing more powerful than a beautiful woman so I listened to the comments and obsessed to get better.  Better I did become.

The world knew me as one gender or the other and for the most part I went out of my way to create two existences.  Chance encounters with people who knew the male side of me never produced any recognition. Life was balanced.
Until New Years day this year.
Symbolically, I started the year and decade as Cyrsti for the first time ever. Checked into the hotel as a girl, went to the clubs with friends and left the next morning in girl clothes. On the way home, I changed into my favorite teams jersey (filled it out a little different!) and stopped and watched the first of the bowl  games.
On the way home, I was totally into girl mode when impulsively I stopped at my regular grocery store to pick up a couple things. On New Years Day I figured none of the regular cashiers would be working.  If they were, they wouldn't know me anyhow.  Wrong, wrong and WRONG! Both of the regular cashiers were working.
Of course one of them picked me out of the crowd immediately. I knew it and she knew it...she thought. I bought my groceries and took off.
I went back the next day to see if I was right.  It took her about ten seconds to start asking questions since I was alone in line.
She said "I know how you will answer" but "do you have an alter ego" or did I lose a bet.
I was naturally evasive as I considered "outing" myself and just said I was at my brothers watching football.
I did not out myself to her so she got bored and  wrapped it all up with "Who ever it was was very attractive and really looked like you".
Nearly three days later I ended up in the other cashier's line. Following a similar Q & A, she just said "if you ever had to go that way, you would have no problems, she was beautiful."
Not my ideal way to go fishing for compliments.
Fortunately, my gender balance wasn't too difficult to restore.  Many around me know of my duality and I don't care.
I did spend some time considering the old questions about how challenging it is to live life this way.
But you know I wouldn't miss another shot of that "magical elixir." Life would be soooo much more boring!"
There you go. Obviously I was better looking a decade ago! I even found pictures from 2010. 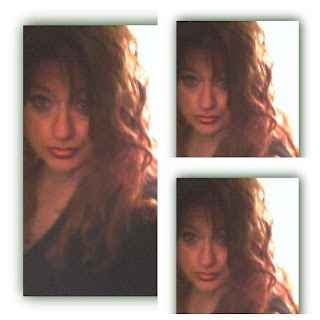