Indya Moore becomes the first transgender person on the cover of "Elle." 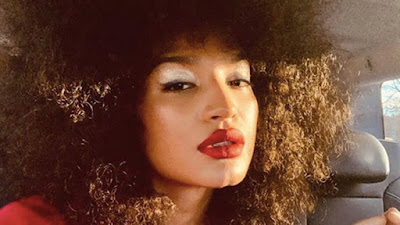 From "Pride" :
An earlier version of this article referred to Indya Moore using she/her pronouns based on the Elle article's note that Moore okayed the use of 'she/her' for their article. After further consideration, the pronouns have been switched to those Moore generally prefers, which are they/them.

Pose star Indya Moore broke barriers this month when they became the first transgender person to be featured on the cover of Elle.
at May 13, 2019