Into the Lioness' Den?

Yesterday was one of those days which pre Mtf transition, I would have dreaded. In fact, I still dreaded it yesterday. Why? 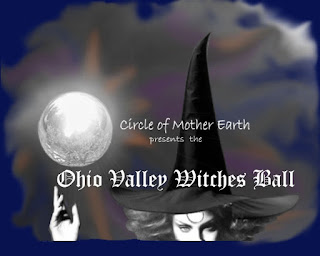 Our Wiccan group who is putting on it's second annual Witches Ball this Halloween and Sunday we met at a semi rural WalMart to set up to sell things for a fundraiser to benefit a homeless shelter.

I will admit it. I felt like one of the main characters in Deliverance. Especially if I had to use the rest room. (I did.)

Going in, I figured to make myself as inconspicuous as possible and let the others do most all of the interaction. But, as luck would have it, that didn't work either, as one by one, most of the other participants found an excuse to leave or find something else to do. For a short while, I was even tasked with passing out brochures in front of one of the entrances. Eccch!

Through it all, I kept telling myself this was one of situations I never wanted to go through when I thought about going 24/7. As a matter of fact, I tell anyone considering a transgender transition, to go ahead and try the toughest situation they can think of and do it.

As always I lived and wasn't whisked away by some redneck with a Confederate flag and I think I was only followed into the restroom by one employee to make sure I wasn't doing dastardly deeds. So, I suppose the day was some sort of a success.

The whole day though brought about thoughts of going "full time" as a trans woman and how some seem to think it may be all sweetness and light.