It seems all of a sudden it is OK again to throw transgender people under the bus in very public domains for ones personal gain. This one comes from Canada:


"COQUITLAM (NEWS 1130) – She was outed as transgender during a TV news broadcast on Monday night, and now the provincial Green Party candidate for Coquitlam-Maillardville is hoping the slip-up won’t be a distraction on the campaign trail. 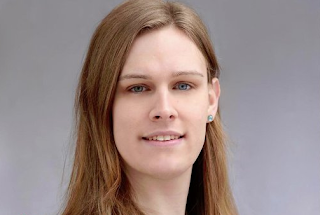 Nicola Spurling isn’t pointing any fingers, preferring to call it an “unfortunate miscommunication” but says there are risks to outing any transgender person.
“Trans people face a lot of discrimination in the form of bullying, violence, being denied employment, being denied housing and being inappropriately questioned on a variety of issues surrounding the transition process,” she tells NEWS 1130. “And then there is just the general feeling of being unwelcome in society. A lot of people feel like you shouldn’t exist and that is something trans people have to deal with on a daily basis.”
For more, go here.
at April 19, 2017