Thai contestant Jiratchaya Sirimongkolnawin was crowned Miss International Queen 2016 on Friday at a contest billed as the world's largest and most popular transgender pageant.

The 25-year-old beat 24 other contestants for the crown, with the second and third place going to contestants from Brazil and Venezuela, respectively. 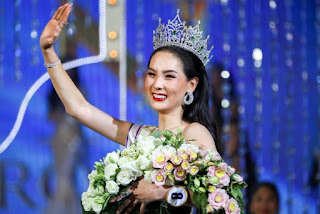 The pageant, which brings together transgender people from around the world, was launched over a decade ago to help transgender women feel more accepted by society,
For more, go here.