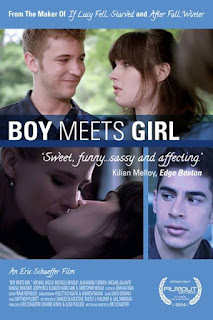 The film is on my list of "must see's" which I just haven't seen yet! Thanks Paula :)

Connie also commented on the show:

"I was unable to catch the premier (Doubt) last night, but it's probably "on demand". I'm disappointed, too, about the "reveal" - especially right off the bat. Not knowing the question to which she responded, I don't know if her response was a very good one. I consider myself to have been a woman all my life; I only played the part of a man because I had to.

I think most of us come to this realization at some point, and I'm sure Laverne, herself, has. Being a transgender woman is hard enough to explain, anyway, but it bothers me when one of us is portrayed as a "woman who used to be a man". The answer to someones question should either be, "It's none of your business" or "Do you really want to learn something?". Of course, an attorney is going to charge for every minute of the lesson if it's done in her office! :)"

Connie, since it is on CBS and if the ratings are half way decent, I am sure they will show it again! Plus since the transgender subject has already been covered, maybe that will be the last we will see of it.