As "Andreja Pejic" rose through the modeling ranks to stardom a couple years ago, she was a blogger's dream. Beautiful, successful, blond and a trans supermodel-who could ask for more as a blogger?

She made history in 2015 as the first transgender model to grace the pages of American Vogue. Pejic, who was born in what is now Bosnia-Herzegovina, was discovered in 2007 while working at a McDonald’s in Melbourne, Australia. The scout didn’t know if she was a boy or a girl, just that she looked like a model. 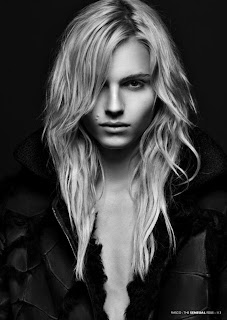 Three years later and she was walking in both the men’s and women’s shows for Jean Paul Gaultier in Paris, and she isn't done.

This year, she will appear as a face of Make Up For Ever, making her one of the first transgender models to score a significant beauty campaign .