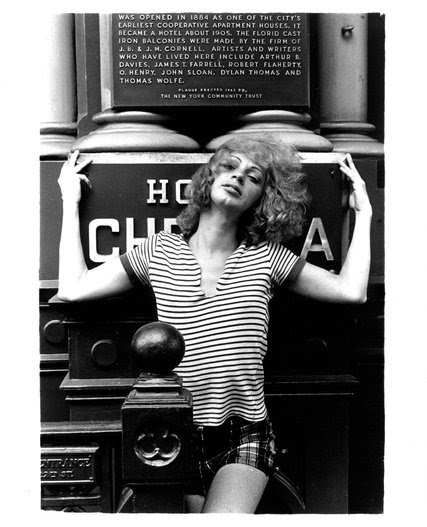 At my age one of the moments of knowing I wasn't alone in the closet with my gender dysphoria was when Lou Reed crooned "Take a Walk on the Wild Side." It started like this:

Holly came from Miami F-L-A,
Hitchhiked her way across the U.S.A.,
Plucked her eyebrows on the way,
Shaved her legs and then he was a she.
Very soon, Ms. Woodlawn took her place in the Warhol pantheon alongside two other freshly minted stars, the transgender actresses Jackie Curtis and Candy Darling. Together, they brought a daffy, deadpan style to Mr. Morrissey’s next film, “Women in Revolt,” also produced by Warhol, a satire on the women’s liberation movement, with Ms. Woodlawn playing a nymphomaniac fashion model who detests men and joins the militant organization P.I.G. (Politically Involved Girls).
Thanks Holly! Rest in Peace.