At my age it took me a while (as I have said) to shake off the effects of the weekend. When I did, I realized I had missed our weekly astrological sign travels Monday.  Better late than never though- so here we go with the Libras:

(September 23-October 22): Who you will want now and who is right for you will be hard to match up, as the two will seem at opposite ends, making you want to wipe the slate clean and start over. Of course, decisions like that can’t be made overnight, but as you feel the restless tossing and turning, redraw the lines of what you do find acceptable and make that your point now.

Can't say much about any of that except it is wrong in my case! I am always restless and toss and turn all the time mentally, but so does Liz so we match up.  I'm the first to admit our successful style of relationship is most likely to occur  in more mature individuals who have seen a lot and have some sort of idea of where they want to be at this stage of our lives.

As I read the other signs this week, it seems I may need to find a Virgo to talk to! :
. 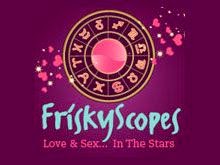 (August 23-September 22): There will be uncommon vernacular spoken around you and a pretension that will be so thick; it’ll be hard to push your way through. Welcome to a new view, as changes of your social scene will be going down a more intellectual route. Not that you can’t keep up, but why you would want to. After all, what do you really feel you have to prove?

OK kids, that's it again for another week and can you believe the first days of November! As always if we didn't get to your sign, don't crawl under your bed and cry! Go here to theFrisky.