Perhaps you didn't know there is an on line "portal" where anyone can report transgender violence-anywhere in the world.  The name of it, is just about that:  The Transgender Violence Tracking Portal. 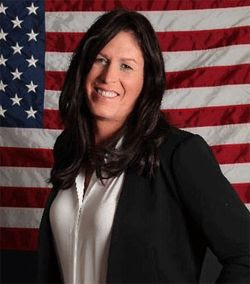 Yesterday the group made a great move by naming retired Navy Seal and Transgender Woman Kristin Beck as it's spokesperson (Shown above.)  Here's the story:

The Transgender Violence Tracking Portal is proud to announce Kristin Beck as our new National Spokeswoman.  Ms. Beck is an activist, author, and retired Navy SEAL who has embraced a journey towards her true self as portrayed in a CNN Films documentary called "Lady Valor: The Kristin Beck Story."  A book by the same name will be released this fall which details her true journey.
Ms. Beck will greatly aid the TVTP in its mission to grow greater awareness of the epidemic of anti-transgender violence, harassment and victimization of transgender people across the world.
Transgender   people make up 1 to 1.5% of the world’s population but are about 400 times more likely to be assaulted or murdered than the rest of the population. These crimes are more likely to be violent, and are often meant to intimidate the entire community. Many of these crimes are left unsolved, which makes it doubly important to track and hold law enforcement accountable to solving these crimes.