Transgender "Battle of the Babes"

From the Noosa News down under comes the story of a young transgender woman who isn't so much battling to be a "babe" as much as she is to be in the contest at all.  Here's a look at part of the story: 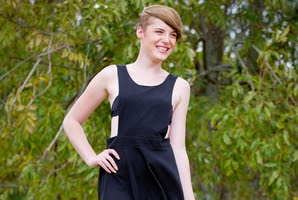 AN aspiring transgender model has vowed to take to the catwalk tomorrow night despite a row over whether she was eligible to enter a beauty contest. Aucklander Amy Brosnahan (left), 18, said she wanted to represent transgender women in the competition and show they shouldn't back down when they faced opposition. Organisers for the beauty contest - called Battle of the Babes - were forced into a u-turn after initially telling Amy she could not compete when she came out as a trans-woman. "I'm sort of doing it as a stand, to show other transgenders that they can do anything they want to do, they just have to sometimes fight for it," she said. "Some of them aren't [confident enough to] take action, [but] things like this need to be spoken about more often."