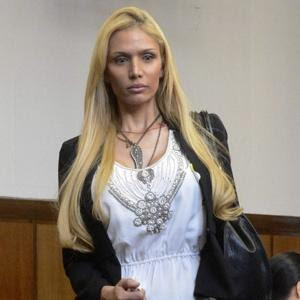 You probably have heard parts of the media circus or worse,  some of the ridiculous trans slurs surrounding the New York firefighter Taylor Murphy. He is accused of violently attacking Claudia Charriez (left) - a former "America's Next Top Model" semi-finalist - during an August 2011 breakup last August.

Of course I thought Murphy was just trying to over macho the fact he was spotted with a transgender woman.

Then I ran across this recent picture of the firefighter and his current girlfriend Wanda Batista  who said  Charriez made up fake claims against the hot-headed fireman, whose defense included mommy issues and being closeted amongst his macho smoke-eaters.
Oh, by the way Wanda is transgender too.  At least Murphy has good taste in women!