Coming to a Stage Near You?

According to the Los Angeles Times Sony Pictures Entertainment has announced it has signed a five-year deal with Tony-winning Broadway producer Scott Sanders to adapt the studio's films for the stage. First up in the studio's extensive catalog? The 1982 comedy "Tootsie," which starred Dustin Hoffman in drag. Don't look for it soon though. No creative team has been announced but you can start practicing now! 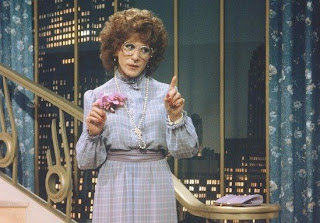