Perhaps I don't get out much. I just made the comment that 70 grand was an extreme amount of money for SRS etc.
Of course then I read a post about Serbia being a new hotbed of SRS surgery for several reasons- one of which of course was cost.

According to the New York Times
Nearly 100 foreigners and Serbs have undergone sex reassignment surgery in the past year, and the numbers are growing, according to theBelgrade Center for Genital Reconstructive Surgery, with candidates coming from France, Russia and Iran, and from as far away as the United States, South Africa, Singapore and Australia. 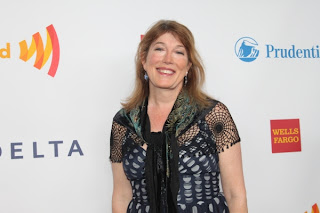 Dr. Marci Bowers, (right) a gynecologist in San Mateo, Calif., who has performed 1,100 sex reassignment operations over the past 10 years and is herself transgender, noted that in the United States, a global center for sex changes, only about five surgeons were performing the operation regularly. She said that social conservatism and a lack of surgical skills in many countries, combined with surgeons’ fears of potentially catastrophic complications, were promoting the growth of transgender tourism.
Here's my point on the cost:
Foreign patients say they are attracted to Serbia by the price tag of about $10,000 — compared with $50,000 or more at some clinics in the United States for the more expensive female-to-male procedure. So when you add other procedures I'm sure 70 grand is out of the question.
Finally, you may be asking "Why Serbia?"


Sociologists say the more accepting attitude toward transgender people in Serbia signals the first glimmers of a shift in a country where conservative currents still run deep.
“We are the children of two parents: one is the Orthodox Church, the other is communism,” said Dr. Dusan Stanojevic, a pioneer of sex reassignment surgery here.
He said transsexuality was so taboo in the former Yugoslavia that it was not even mentioned in medical textbooks. But a surgeon, Dr. Sava Perovic, began performing the operations in 1989 after being approached by a man suffering from gender identity disorder.
Follow the NY Times link above for more!
Email Post
Labels: Dr.Marci Bowers New York Times sex reassignment surgery SRS transgender. transsexual