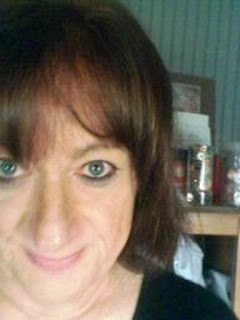 Yesterday, I wrote a post concerning using the basics of using the women's room. Of course, as you transition genders from male to female or female to male, there are giant gender stereotypes you have to conquer.

Examples are many, such as cis women have this sacred place to go (literally) when they use the restroom. Another would be women don't follow sports or drink beer as much as their male counterparts. Along the way I was able to put those stereotypes behind me as my cis when friends were every ounce the fan I was and could drink me under the table.

If you look around at other women, they are as diverse as the rainbow some of them reject. The only major impact in society I see from women as a whole is they have moved away from dressing up as much as they used to. A disappointment to many cross dressers and or novice transgender women as they journey from their closets only to find in order to blend into the feminine population as a whole they had to change the idea of what they were wearing. Unless they were prepared to face added scrutiny.

Other novice transgender women of a later age had to face the fact they were not a teenaged girl when they transitioned and no matter what couldn't dress like one. I fell into that trap and turned many A-Ha moments into Connie's Ha-Ha moments when I was laughed out of places I should have been accepted in. When the laughing stopped, I went back to my transgender drawing board, hitched up my big girl panties and went back in. Deep down I knew to be successful in my goal of presenting as a woman was going to take more work than I thought.

I wonder now what I was thinking as I began to build a brand new person as my authentic feminine self. After all, she had waited years to get out of the dark and live. I don't think I grasped in the moment what I was asking. Perhaps I was too immersed in shedding the remnants of my old male life. Whatever the case, I don't believe I was totally ready for what happened to me.  One example is how suddenly I was able to find women who accepted me. I looked for and received more attention as a transgender woman than I ever did as a man. Maybe because the women sensed I had given up on the perceived masculine toxicity I had to live with.

The biggest challenge was building a good person others could relate to and I could interact with, learn from and develop as the woman I always knew I had been. At that point, the basics revolved around how I communicated with the new world I was facing. I couldn't believe the gender euphoria I felt when I began to communicate one on one with other women.

As it turned out, the period of gender adjustment was not so different to the adjustments I had to make when I went through Army infantry basic training so many years before. Both transitions were intense and required an incredible amount of work to accomplish. Of course the gender basic was much more pleasurable than the Army one and I gained an incredible amount of respect for my new self.