Or should I say ""dey" in support of the Super Bowl bound Cincinnati Bengals whose rallying cry is "Who Dey think is going to beat those Bengals! More on the game for later this week.

In the meantime, hump day can mean a certain tipping point for any transgender women and men. Or how far do you go in your gender transition before there is no turning back. You have discovered how natural it feels to be your authentic self and want to live it full time.

I spent years researching my life to see if I could cross the gender frontier. In fact, if the truth be known, I spent too long trying to live as both binary genders. One week I would spend as much as three days experiencing life in a feminine world before I went back to my boring daily world doing my best to act like a macho man. 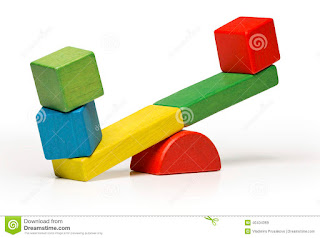 considered the all important financial aspect of transitioning, The entire process to me was similar to a  gender teeter-totter. Up and feminine one day, down and male the next.

I also considered the process as slipping down a slope which became increasingly steep and slippery. Finally what happened was I couldn't take the stress any longer and decided to make the jump, transition, and live as my more natural feminine self.

What turned out to be one of the most momentous decisions in my life was not to be undertaken alone. Over a relatively short amount of time I developed a small group of women friends who helped to make my landing softer and tip the teeter totter permanently in the feminine direction. They all mean more to me than I can ever say.

On this "Hump Dey" I hope all of you still locked in a dark gender closet find a light at the end of the tunnel which is not the train. Whatever seems permanent today, can change quickly tomorrow.