Another Transgender Icon Passes On

April Ashley, a transgender woman who was reportedly one of the first British women to undergo gender confirmation surgery and also the first known trans woman ever to appear in Vogue magazine, died recently. She was 86 years old.

Born in 1935 to a working-class family in Liverpool, she enlisted in the merchant marines in her teenage years. She then spent time in a psychiatric unit after numerous suicide attempts. 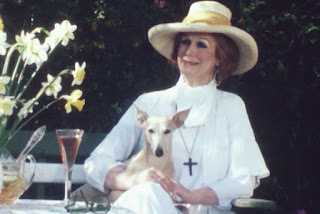 At age 20, she moved to London and then Paris where she performed at the queer and drag venue Le Carrousel nightclub. There, she gradually saved money to eventually undergo gender confirmation surgery in Casablanca, Morocco.

She chose the first name, April, because it was her birth month. She chose her surname, Ashley, after Ashley Wilkes, an anti-war and pro-abolition character in the book and film “Gone With the Wind” whose life dramatically changes following the U.S. Civil War.

Upon returning to England, she received government ID documents — like a driver’s license and passport — that identified her as female. She later appeared in Vogue magazine and appeared in films such as “Road to Hong Kong.” In that film, she appeared alongside big-name stars like Bob Hope, Bing Crosby and Joan Collins.

A true transgender pioneer is gone.