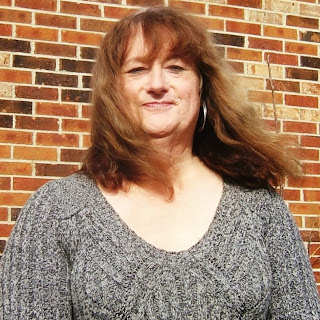 It was long ago it was when I first took the big steps and leaped into the feminine world as a full time transgender woman. To refer to it as only coming out of a closet was an over simplification.  It seems to me rather than coming out of a closet, I climbed enough walls to build a house.

Of course, a closet is often small and dark and a house gives a person increased freedom to move around. When you are transgender, the house is never enough . The quest to being a woman is much more complex.

Examples? One of the biggest one I write about often is learning to look another cis woman in the eye and communicate. I learned quickly the subtle nuances of eye contact, vocal intonation and factors such as passive aggression. Lessons came fast and furious as I built the foundation to my authentic self.

Even though as I built the foundation it felt natural, it was also terrifying. I was tearing down another house which contained the remnants of my male self. Over the years, I had worked so hard to cross dress and present as a macho male. I was successful. I gained a small family, a good job and all the trappings of a middle aged man. I was awarded the honorary title of "sir" whether I deserved it or not. I guess another example of impostor syndrome.

Now, lets get back to building a gender house. Obviously each wall involved quite a bit of work. Just moving from walking around and window shopping in malls evolved into interaction with clerks. From the shopping trips came having the courage to stop for lunch and attempt to order food and beverage. Looking back at the process now, it seems to have progressed fairly quickly. So quickly I decided for the first time to shed my inner image of being a cross dresser all the way to attempting to go to an upscale restaurant/ bar and interact as a woman. I will tell you jumping the wall was one of the most terrifying things I have done in my life.

As I continued to build and expand my house, there always seemed to be the "what's next" problem. I was hanging out at a couple lesbian bars about this time. One was extremely non inviting, the other the opposite. The only reason I can see now for building this room was a desperation to be accepted which I wasn't in the male dominated gay venues where I lived. Very early on, I closed the drag queen room in my gender house. What's next quickly became going to large cis gender venues to watch sports and drink beer.  With my career in similar venues, becoming accepted by the staff was fairly easy. Be nice and tip well was my way to getting my foot in the door. In one of my regular stops I was even invited and went on a girls night out with several of the servers. Even though I was scared to death, I ended up learning key lessons interacting with other women.

Finally I came to a point where my house was built as far as I could get it. I had provided myself a quality second existence which rivaled my cross dressing male life. The next major wall I had to escape involved the major step of starting HRT or hormone replacement therapy. The problem was my wife of twenty five years who I loved deeply was deeply against it. Her rational was she didn't sign up to be with another woman.

Then, in a prime example of life changing on a dime, I was destined to see the doors of my walls swing wide open and I could make the lifestyle moves I needed to do to fully transition and live in a feminine world.

More on it later.