Are you Bored Too?

Every now and then, this damn virus just really aggravates me with the boredom it produces. Rumor has it I might be able to twist Liz's arm and go out for dinner this weekend. Which I will let you know about later, if it happens at all. In the meantime, let's check in with Connie (below) and how she is handling staying in, and safe: 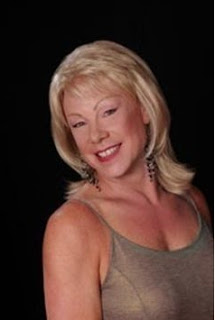 "Well, I know that I'm just waiting for the senior center to open up again, so  I can achieve my goal of becoming Bingo Queen. I think I'll entitle this phase of my life: "From Bimbo to Bingo ." :-)OK, that's not completely true. I never really reached (or wanted to) Bimbohood. I have played one on stage, however. Bingo, though not so bad in itself, may be something I could do only occasionally; not so emphatically as may be required at the senior center. Besides, the big draw on Bingo night around here is "Drag Queen Bingo," and that doesn't fit my narrative, either.The city colleges here offer classes to seniors for $5.00 each. That seemed like a great deal to me, until I found that books, supplies, and parking fees would cost upwards of $200.00. Still, keeping my mind active and challenged is high on my short list of things to do.It wasn't so many years ago that I would sit in my house, with doors locked and shades drawn, hoping that I could, someday, be a part of the outside world as the woman I was seeing in the mirror. Sure, I would sneak out to another part of town to reveal my femininity, but that was only a temporary fix. Your post this morning came earlier than usual. After reading it, I sat on my front porch, soaking in the morning sun and sipping my coffee. Neighbors went by, walking their dogs, and we exchanged pleasantries. I began to think that this was the fulfillment of my hopes. Really, though, it is just a level of comfort that I have reached (deserved, definitely, but not totally satisfying). Then, I began to consider that, if I could put even half the energy into something that I had put into having a comfortable trans existence, I could accomplish all sorts of things. The trouble is that half of the energy is all the energy I can muster up these days. Even half of that, though, would still be enough to do something significant.There has to be a what's next, because it's not good enough to have the next to nothing I feel now."