Privilege? We haven't discussed it for awhile here in Cyrsti's Condo, so pull up a chair and have a seat.

Lets take for granted you were raised as a boy. What privilege did you feel over your girl counterparts? First of all, how do you define privilege? I define it as something you enjoy (or don't) over another person. For example, I was raised in a solid white middle class family. Once you get to that point, you can begin to make a true "apples to apples" comparison. 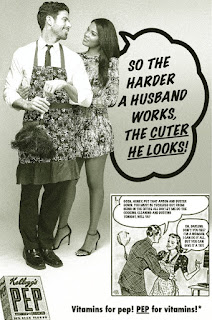 If you read my posts much, you all know I was thrust into a loving sports existence which kept me "safe" from prying folks for years. After all, how could a football player want to wear a dress and miss out on the adulation of playing? No one ever considered I really wanted to be a cheerleader. Ironically, the grass always looks a little greener on the other side of the privilege pasture because it wasn't till much later in life I experienced true female on female competition. Which can be as intense (or more so) than men.

Then, I thought if I could just wear pretty dresses to school everyday, how much better life would be if the boys were looking at me and asking me out. I had just the slightest concept of how frustrating it must be to try to pick out and afford all those clothes, then wait for a suitable boy to ask me out.

My biggest privilege misconception was that girls had no pressure. Back in those days, for the most part, the girl held all the sexual keys. And if they screwed up, no pun intended, they paid the big time price of having a child without the help of a immature guy.


I guess the true equalizer where I lived was scholastic. Both girls and boys were encouraged to achieve. And, as I remember, there was no insult to get "beaten out" by a girl.

So, as I look back on it, privilege was a pretty shallow animal until I became older. At that point, just achieving a certain age and look earned you the "Sir" title. Women at the same time ended up earning less money and less respect along the way. I distinctly remember the first couple of conversations I had with men. I was naive and shocked when I received a total lack of respect. Privilege then became a very big deal, tipped to the male side.

Finally, there is security privilege or the right to go where you want to, when you want to. Of course women have tremendous problems in this area, cis or trans. It was one of the biggest danger hurdles I had to face and cross.

It seems, for the most part, privilege is what we make of it, within reason. Each gender has it's ups and downs. The problems come when we try to see and negotiate the differences.
at March 15, 2017