Jenna Talackova is proving once again she is so much more than a beautiful transsexual face: 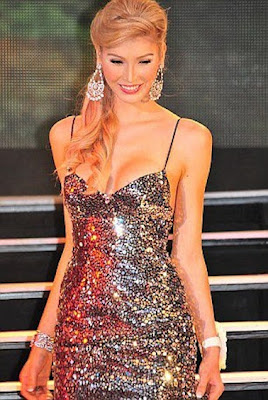 Canadian beauty Jenna Talackova knows firsthand the affects of prejudice toward transgender people. Most will recall her triumphant battle with the Miss Universe committee earlier this year, eventually being allowed to compete in the international beauty competition, after much debate about her eligibility given her status as a transgender woman. Now Talackova is tackling larger issues in this vein by asking the World Health Organization (WHO) to remove transsexualism from its list of mental disorders. Her petition, at Change.org, has gained over 40,000 signatures thus far, and joins an international initiative backed by celebrities including Vladimir Luxuria and Maxwell Zachs. Sign the petition at www.change.org/notsick, and after the jump check out the international video in support of the campaign. http://yout
u.be/3qomHE9qkG4