I wanted to pass this along to all of you:

"Mryna" is a groundbreaking, original dramedy television series!
Synopsis: After a successful career in front of the camera and on the stage, an actor is willing to sacrifice everything when she finally confronts her true gender identity and transitions from male-to-female. We follow Myrna as she struggles to find work as an actress, wrestles with a manager who still wants to send her out as her former-famous self, Michael and deals with the drama of her friends' reactions as they make an effort to come to terms with Myrna and her life-altering transition. 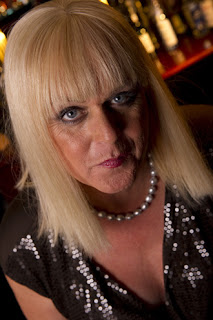 Marlo Bernier brings 50 plus years of living to the table, as well as over two decades of solid work on both stage and screen. On stage (Mark) Bernier repeatedly delivered award-winning performances in roles such as, Roy Cohn in Angels in America; Parts I and II, the twins John/James in Love! Valour! Compassion!, and Berg in God's Country."

If you have heard of Kick Starter ,there is a fund raising campaign going on for this project. To check it out, go here.